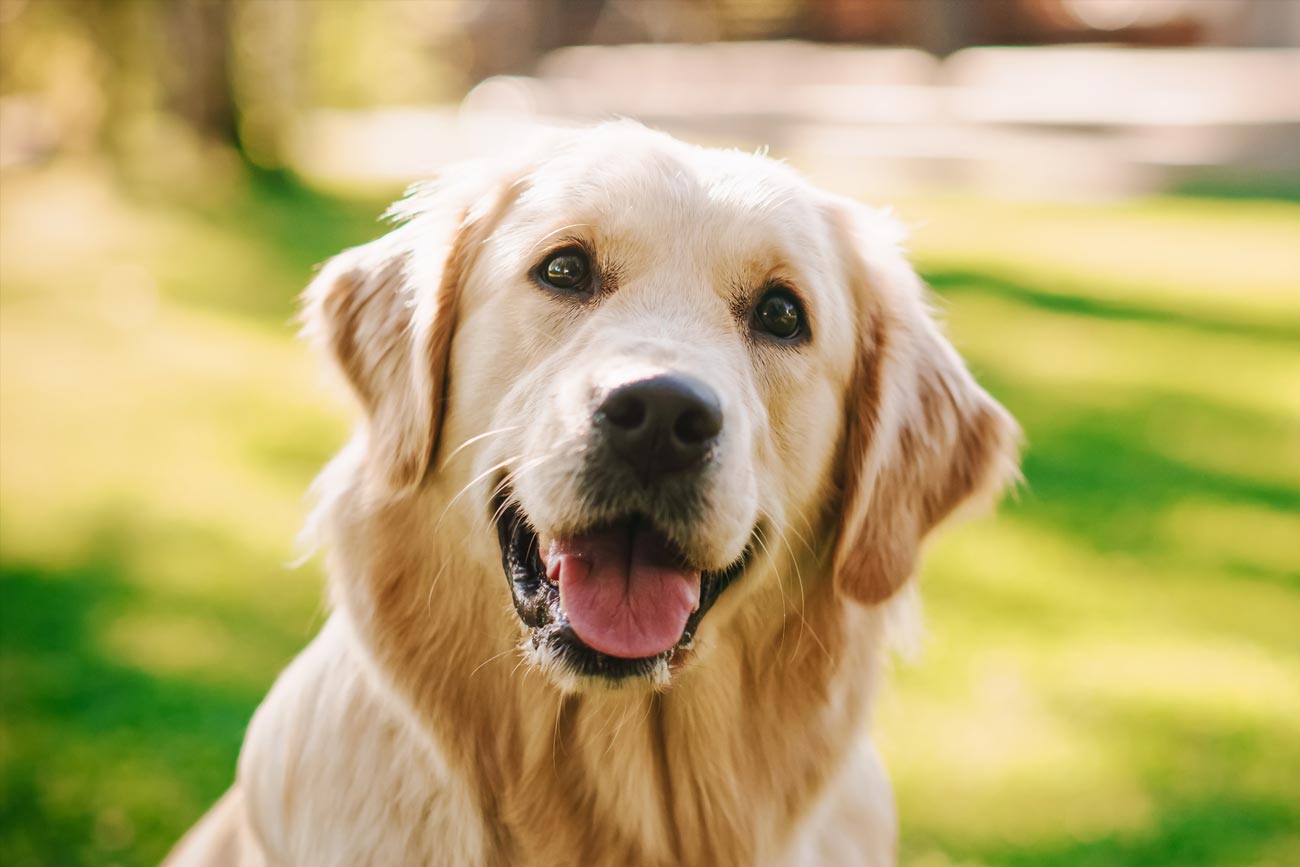 When it comes to dog sounds, we tend to immediately think of barking, but dog vocalisations go far beyond just barking and include whimpers, growls, sighs and other sounds. This article discusses the main sounds made by dogs and gives you some tips so that the next time your dog "says something" you'll understand his message.

But before we discuss the various vocalisations, we would like to clarify a basic concept about how dogs communicate: their sounds are not like our language or our words and they cannot convey messages with as many nuances as we can. However, their sounds do communicate something very important: they tell us about the dog's emotional state. So if you know how to listen, you can find out how your dog is feeling.

Dogs and people can be very similar, but perhaps we haven't taken the time to get to know them better and realise it.

This is the most characteristic and versatile dog sound. Dogs bark even more than their wolf ancestors, who bark very little and do so mainly in alert situations. Dogs bark when their family and petparents come home, when they are playing, when they are excited, when they are left alone, when a stranger approaches their territory, when they want attention, etc., and their bark sounds different depending on the context.

For example, dogs that bark when a stranger knocks at the door or approaches their territory usually use deep, loud, harsh barks that are prolonged in time and repeated at very short intervals or even linked one to the other. During play, barking is high-pitched, frequent and shows changes in pitch and volume. The isolation barks of a dog left alone are also high-pitched and vary in pitch and volume, but tend to be more spaced out than play barks.

Tips: The barking of a small-sized dog always sounds high-pitched: because of their physical structure it cannot be otherwise, but if you know the dog and how it barks in various situations, you can still recognise barks with different meanings.

These are high-pitched, soft sounds that dogs use from puppyhood and can have different meanings. Dogs whimper to seek attention from the owner, during the greeting ritual, or as a sign of appeasement in a tense interaction with another individual.

Dogs also whimper when they are frightened, anxious or frustrated, for example because they have been locked in a room, and may even whimper if they are in pain.

The whine is a kind of high-pitched yelp emitted in situations of physical pain or sudden fright. It is a sound often heard when a puppy hurts itself playing with another puppy.

However, whining can also be heard in frightened adult dogs. For example, it is the sound some dogs make in veterinary clinics when a stranger tries to touch them, even before the visit begins. Whining is a dog's response to a stressful situation in which he may be injured.

This is a sound that can last for more than 10 seconds at a time and sounds like an "owwwww". It is a typical wolf communication signal, but not so usual in dogs. Although all dogs can probably howl, only some actually do and the meaning of this sound has not yet been fully elucidated. Wolves howl to rally the pack before a hunt or a trek, or to find the other members of the pack when they have become isolated.

Dogs howl when they are left alone, but they also howl when they hear certain sounds, such as the howl of another individual, a siren, a violin, someone singing, or certain types of music. When they are following a scent, hounds also emit a kind of howl, but it is a different howl from that of other dogs: instead of being a single sustained note, this howl is characterised by being very melodious and has variations in pitch. It is associated with a state of strong excitement and probably serves to coordinate the movements of the pack in pursuit of prey.

The growl is a low-pitched sound that usually conveys a threatening message. It is often associated with teeth baring behaviour or other threatening body signals. The growl should be understood as a warning. However, dogs may also growl during play. This occurs in competitive "tug-of-war" games where both dog and person are tugging at the same toy.

In this case, the growl is loud, has higher tones than a threatening growl, and the dog does not show its teeth. If you are not clear about the meaning of the growl, look at the dog's other signals; it may help you realise whether it is time to worry or whether you can continue playing.

This is a sound that expresses contentment or relaxation. It can be heard when puppies are in contact with their mother but is also common in adult individuals during greetings or when in contact with a familiar individual.

You've probably heard it when your dog stretches or changes position while resting.

During play or before play, dogs may puff out air, producing a sound reminiscent of panting when a dog is hot or under stress.  Actually, if this sound is analysed with a spectrograph, i.e. a special apparatus that depicts the structure of sounds, it is found to be different.

This special sound indicates that the dog is in a state of positive excitement, so much so that it is known as the dog's laugh.

A dog's sigh sounds like a person's sigh and depending on the context and the dog's body signals it can indicate that the dog has just made an effort, that he is very satisfied, or that he is "disappointed" by something that was not expected... it is the typical case of the dog who has been looking for attention from his petparent and when he does not receive it, he sighs and lies down on his bed.

Tips: There is a general rule that helps to interpret the meaning of the dog's sounds: a low-pitched sound usually expresses threat and a high-pitched sound can express fear, anxiety or the desire to play.

This is the end of the overview of the main dog sounds, but this list is not exhaustive: there is always a dog that "says other things" as well.

Study They would never do it. Abandonment and Adoption 2022 Infographic
Difficult moments
The 8 main dog sounds
Survey on the social support of pets for homeless people
Animals change lives 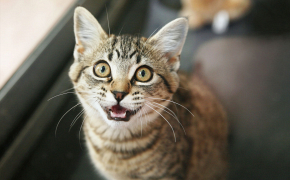 The 10 main sounds a cat makes
Have you ever wondered how many sounds your cat can make? Experts assure us they could be more than 100! In this...